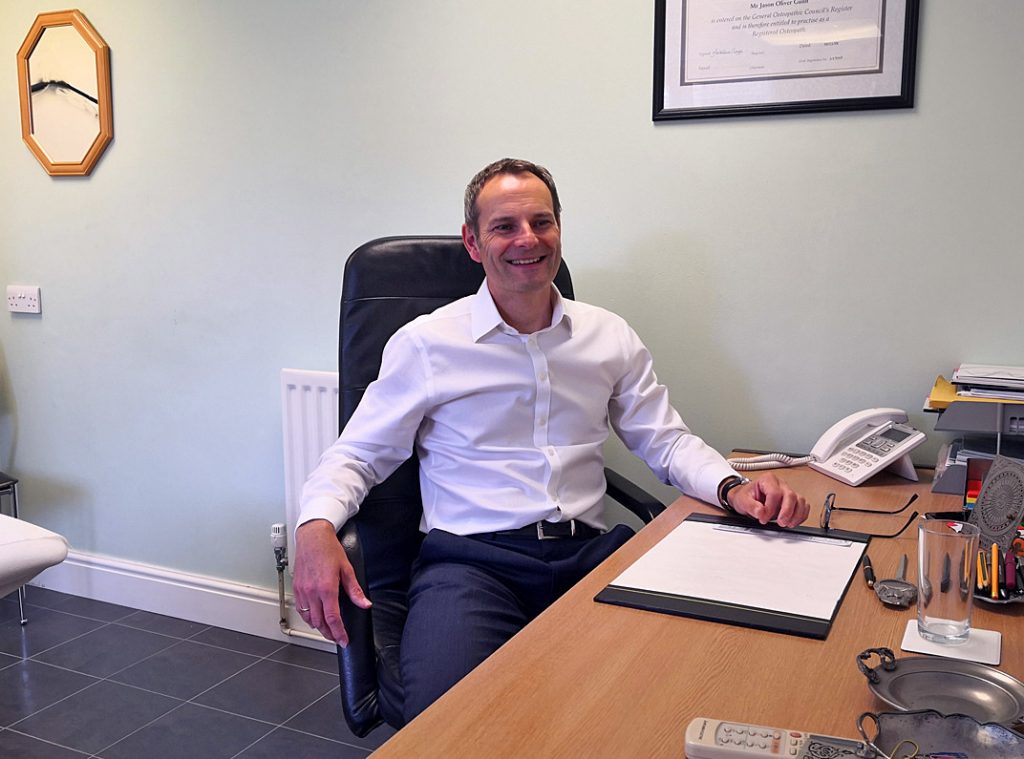 Jason graduated from the British School of Osteopathy (BSO) in 1993 and started practising in Faversham, Kent where he worked until 2015.  In 1996 Jason joined a busy Practice in Chatham, Kent and at the same time established his own Practice in Bexley.  Since then the Practice has continued to grow and expand.

Since graduating Jason has attended numerous post-graduate courses, further reinforcing and updating his skills.  He has a passion for Sport, particularly cycling and the biomechanics involved.

He attended a Serotta International Cycling Institute (SICI) professional bike fitting course and for a while was able to incorporate bike fitting into his osteopathic practice. Unfortunately due to time and space within the clinic, this is no longer the case but he is able to offer advice to his cycling patients if needed.

His Osteopathic interest is diverse from treating acute sports injuries, work related problems (including work station advice) through to the elderly.  He also is able to supply and fit SIDAS Orthotics for patients with reduced foot  arches that require additional support.

In his spare time Jason enjoys the gym, cycling, DIY and time with his young family.